After the success of the Russian Pavilion at the London Design Biennale 2016, when it was awarded the Utopia Medal, Moscow Design Museum returns to Somerset House to present the film ‘DISCOVERING UTOPIA’. The film is English dubbed.

The film DISCOVERING UTOPIA tells the previously untold story of the VNIITE – the All-Union Scientific Research Institute of Technical Aesthetics. Formed in the USSR in 1962 it brought together most progressive Soviet designers and became the head organization for the nationwide design system. But more than ﬁfty years later, the organisation is all but forgotten. Until now, that is. Thanks to the efforts of the Moscow Design Museum the story of this remarkable organisation is being pieced back together.

The film was created on the basis of interviews with former VNIITE staff members – ‘Vniitians’ as they called themselves. It tells the story of a unique organization by the words of those who took part in its creation. The film features the most significant VNIITE projects and shows the epoch as seen by people in design. 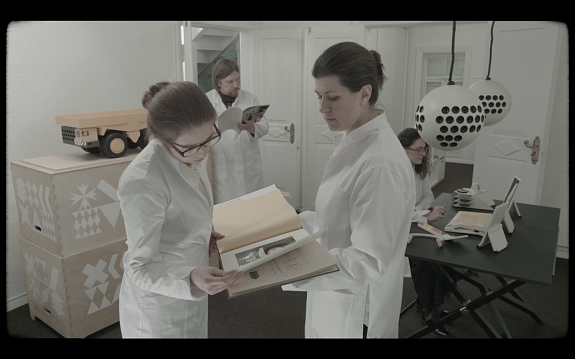