PACKAGING DESIGN. MADE IN RUSSIA. THE STORY GOES ON!

Moscow Design Museum, MEA ”Manege” and MOSOBLBANK made a decision to prolongate the exhibition since it had attracted a lot public attention: within 2 months the exhibition has been visited by 110 thousand people. Thirty thousand people who saw “Packaging Design” during Art Night in Moscow have chosen by voting the “Sugar Head” (1957) and the “Alenka” chocolate (1966) packagings. These two objects will be included into the renewed exhibition.

The new exhibition space wasn´t chosen by chance: “Rabochiy i Kolhozniza” (a worker and a kolhoz woman) is associated with achievements of national economy and triumph of Soviet design. For the first time in Russia, this retrospective will present the centuries-long history and tradition of Russian packaging, which is the reflection of ahievements of Russian industry from the past two centuries.

A timeline of artistic styles and movements forms the basis of the exposition. These include eclecticism and neo-Russian style, art nouveau, Russian avant-garde and constructivism, Stalin’s empire style and socialist realism, mid-century modernism, 1980’s eclecticism, computerized experiments of the 1990’s and contemporary trends.

The Moscow Design Museum will show pre-revolutionary brands from purveyors to the Russian Imperial court, rare examples of ornamental glass bottles and metal cans that have been preserved in private collections in their original, unopened form, as well as present striking examples of constructivist packaging and advertisements by Alexander Rodchenko and Vladimir Mayakovsky, artists from such trusts as “Mosselprom” (the Moscow Rural Cooperative), “TEZHE” and others. Many of these objects have never been exhibited before. Visitors to the exhibition will not only be introduced to the process of how package design is created but will also see original hand-made sketches and models.

The Soviet period will be represented by notable brands and iconic products, which many Russians still remember. Such products as condensed milk, milk in triangle shaped cartons, black caviar in tin cans, chewing gum, the first Soviet beer can that was manufactured for the 1980 Olympics and many more. We will introduce the names of designers behind the brands we love and exhibit original packaging, created by artists from “Souzprodoformlenie”, “Legmash”, “Legprom”, “Rosprodigrushka”, etc. 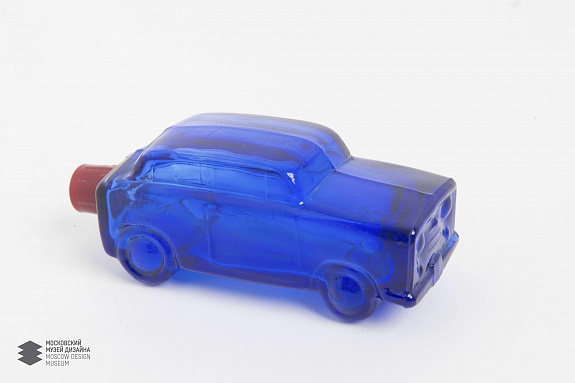