Participants: more than 30 museums and private collectors, including Polytechnical museum, Museum of architecture and design of the Ural State University of Architecture and Art, Moscow State Stroganov Academy of Design and Applied Art and Saint Petersburg Stieglitz State Academy of Art and Design, enterprises of the «Rostech» state corporation («Kalashnikov» concern, «Schvabe» holding).


The first exhibition of the Moscow Design Museum in The New Tretyakov Gallery “PEACE! FRIENDSHIP! DESIGN! The History of Russian Industrial Design” is dedicated to the development of industrial design in Russia in the 1950–2020s. The exposition shows more than 300 design objects and consists of 11 sections: aviation and astronautics, automobiles, bicycles and motorcycles, water transport, heavy equipment, tools and equipment, medical equipment, electronics, optics, sports, and household items.

At the exhibition you will see designs made at Soviet factories and plants: models of airplanes and vehicles, snowmobiles, prototypes of radio equipment, photo and film equipment, household appliances, toys and many other works. The unique showpieces include a model of a small cup of the Olympic flame, designed for the 1980 Olympics by the leading artist of the Tupolev Design Bureau A. Sergeyev ¬– one of the authors of the interior of the TU-144 aircraft; an electric samovar “Sputnik” (designer K. Sobakin); a three-legged chair, which design was based on the same principles as the design of the "Simple Satellite-1"; a vase from a sleeve produced at one of the Ural plants; a PD-47 parachute, used in 1955 by the astronaut Y. Gagarin to jump from a height of 800 meters. Modern Russian design is represented by the latest developments and futuristic projects: mock-ups of airplanes and concept cars, a Kalashnikov motorcycle and four-wheeler, innovative medical equipment and communication tools.

The exhibition is accompanied by a catalogue and an educational program by Soviet and Russian designers, representatives of museums, universities and enterprises. 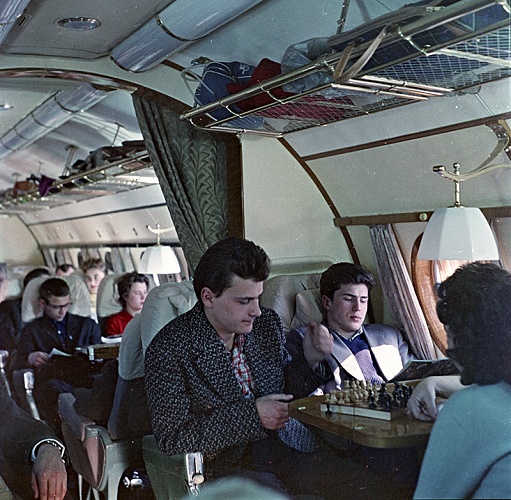