The Zimmerli Art Museum at Rutgers, in collaboration with the Moscow Design Museum, presents the first exhibition in the United States to explore Soviet industrial design from the postwar era. While creative innovation in design flourished in the Soviet Union in the years between 1959 and 1989, limitations in both fabrication processes and consumer circulation resulted in production shortages and left many design ideas unmade. As an outcome, Soviet design from this period is globally largely unknown. Everyday Soviet, on view through May 17, 2020, explores the material culture of this period through more than 300 objects loaned from the Moscow Design Museum, including household objects, fashion, posters, and sketches of products and interiors. These objects are further juxtaposed with a selection of approximately 85 works of nonconformist or underground art of the time from the Zimmerli’s Norton and Nancy Dodge Collection of Nonconformist Art from the Soviet Union, offering a holistic examination of the ways in which design and art developed concurrently.

Everyday Soviet: Soviet Industrial Design and Nonconformist Art (1959-1989) is co-organized by Julia Tulovsky, Ph.D., Curator of Russian and Soviet Nonconformist Art at the Zimmerli Art Museum and Alexandra Sankova, Director of the Moscow Design Museum. The exhibition marks the first time that works from the Moscow Design Museum will travel to the U.S. In conjunction with the exhibition, a book edited by Tulovsky and Sankova will be published by Rutgers Press in 2021. With some 250 illustrations, it will include essays by Tulovsky and Sankova, as well as by Aleksandr Lavrentiev, Professor and Vice-President for Academic Affairs of Moscow State Stroganov Academy of Design and Applied Arts, and Susan Reid, Professor of Cultural and Visual History School of Social Sciences and Humanities Loughborough University.


The exhibition is made possible by the Avenir Foundation Endowment Fund. Additional support is provided by the Dodge Charitable Trust—Nancy Ruyle Dodge, Trustee, and by donors to the Zimmerli’s Major Exhibition Fund: James and Kathrin Bergin, Alvin and Joyce Glasgold, Michael McCulley, Sundaa and Randy Jones, Hemanshu and Heena Pandya, and the Voorhees Family Endowment.

The Jane Voorhees Zimmerli Art Museum houses more than 60,000 works of art, ranging from ancient to contemporary art. The permanent collection features particularly rich holdings in 19th-century French art; Russian art from icons to the avant-garde; Soviet nonconformist art from the Dodge Collection; and American art with notable holdings of prints. In addition, small groups of antiquities, old master paintings, as well as art inspired by Japan and original illustrations for children’s books, provide representative examples of the museum’s research and teaching message at Rutgers. One of the largest and most distinguished university-based art museums in the nation, the Zimmerli is located on the New Brunswick campus of Rutgers, The State University of New Jersey. Established in 1766, Rutgers is America’s eighth oldest institution of higher learning and a premier public research university. 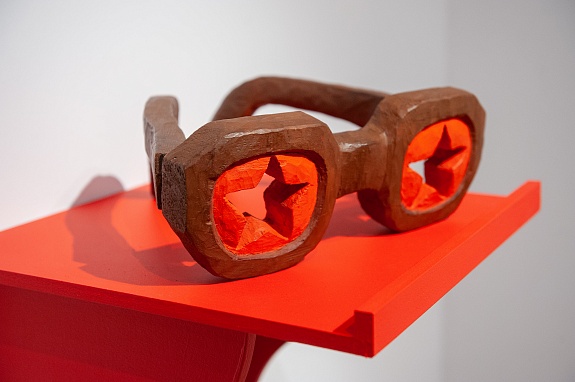