The project is part of the first London Biennale of Design


The exhibition ‘Discovering Utopia’ will introduce visitors of the Biennale to the never-before-seen records of Soviet design. Reconstructing an information storage system used in post-war Soviet scientific research institutes the exhibition will show unique archives of 1960-1980’s designs from the Museum’s collection. The exhibition is conceived as a single installation featuring light boxes with digitized images of projector slides capturing the realized and unrealized design projects by Soviet designers, shots of exhibitions and conferences held by VNIITE, day-to-day activities in a Soviet design studio.

The project will feature a documentary short by director Andrey Silvestrov shot especially for the exhibition. The film includes interviews with Russian designers, design historians, and designers from leading Soviet manufacturers. The interviewees tell about establishing a national centralized design system in the USSR, the work of the All-Union Research Institute of Technical Aesthetics (VNIITE), and their own projects. The curator, Alexandra Sankova, believes it is important to introduce visitors not only to objects of Soviet design, but also to the people who created them. The film adds an element of a ‘personal presence’ to the exhibition and creates an atmosphere of a Soviet design bureau.

In the past, Russian history has been known to take sharp and sudden turns. The thing that remained the same was the designers’ aspiration to create the material culture of their age. Soviet designers were dreamers, creating an ideal material environment for the modern man. Daring projects, many ahead of their time and beyond the capabilities of modern industry were in essence utopian – perfect and not possible to manufacture.

In the USSR there was a unique design system headed by the All-Union Research Institute of Technical Aesthetics (VNIITE). In the early 1960s Soviet leadership started to pay attention to design development. In 1962 VNIITE was founded, headed by Yuri Soloviev. The Institute was engaged in developing and implementing design practices, setting standards for product designs, conducting scientific research, and establishing international professional relations.

One of the most important VNIITE departments was the Department of Design Theory. Employees working there were sociologists, philosophers, and historians of culture and art. The department published a magazine titled Technical aesthetics as well as books on ergonomics and design psychology. The Soviet theoretical school of design was one of the most advanced in the world.

In the 1960-1970s, 10 regional branches of VNIITE were opened in major cities across the USSR. In addition, an extensive network of specialized design bureaus (SHKBs) was formed and other industry-specific design departments started receiving guidelines from VNIITE.

Projects of Soviet designers were mostly never realized; their life cycle often ended on the research or prototype stage. This trend is characteristic of Soviet Union design in that due to economic, technological or ideological constrains innovative projects remained within design studios and did not reach the end consumer. So, historically Russian design did not suffer from the absence of ideas and practitioners but rather from the lack of links between designers and industry.

In the 1990s, after the breakup of the Soviet Union, the state system of design collapsed after which many projects and prototypes were lost. Unique materials (documents, models, drafts, and drawings) donated to Moscow Design Museum by Soviet designers are a part of what we have managed to preserve and they will be shown for the first time at the exhibition Discovering Utopia.

Alexandra Sankova, director of the Moscow Design Museum and curator of the exhibition ‘Discovering Utopia’: “We will show examples of the forgotten and so little studied Soviet design that was developed at the All-Union Research Institute of Technical Aesthetics (VNIITE). That was the word for design in the Soviet Union – technical aesthetics. I am very glad that projects by our native designers will be shown to an international audience and that this exhibition will become another page in the history of international design.”

The first London Design Biennale will be held at Somerset House from 7 to 27 September 2016, bringing design installations and exhibitions from thirty seven countries and is expected to be attended by over 100,000 visitors. The Biennale will host special events featuring leading industrial designers, business representatives, and authorities from member countries. For the first time since the breakup of the Soviet Union Russia participates in such a high-level international event focused on design. 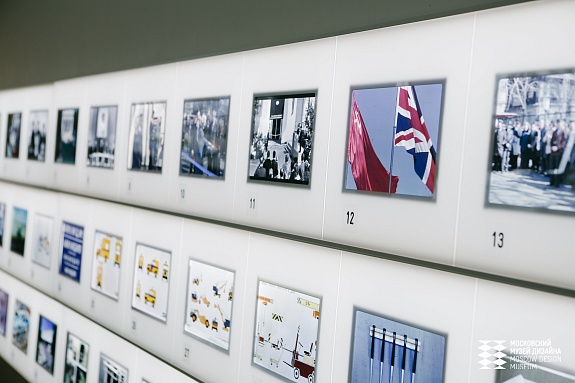