PRESENTATION OF THE BOOK "VLADIMIR RUNGE: FROM "HORIZON" TO "ZENITH"


As part of the project “Days of Industrial Design in Skolkovo” design historian Olga Druzhinina and one of the founders of Russian design Vladimir Runge will tell about the history of the formation of a unique style of Soviet photo equipment.

Moscow Design Museum's new book “Vladimir Runge: from "Horizon" to "Zenith" is dedicated to a legendary Soviet designer whose life and career got interwoven with the Krasnogorsk Mechanical Plant named after S.A. Zverev. Working at the plant for almost half a century, Runge created and for many years headed the design service at the enterprise. He laid the foundations for the country's future design concept for the optical mechanical and optical electronic industries. By him and under his leadership there were developed projects that became symbols of Soviet design in our country and abroad. 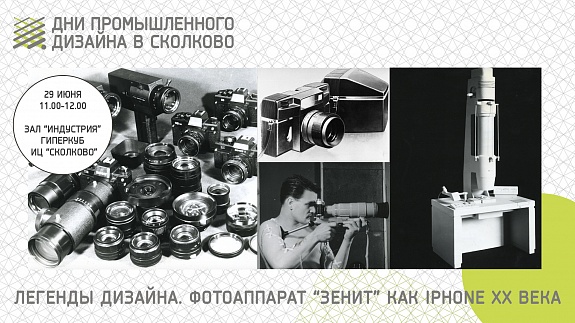