THE PAPER REVOLUTION GOES TO BERLIN

Moscow Design Museum’s unique exhibition “The Paper Revolution. Soviet Graphic Design and Constructivism” opens in Berlin! The exhibition is dedicated to one of the most outstanding art phenomena of the 20th century. During its first decade, Soviet Russia, a young revolutionary state, needed its own visual language. A new artistic movement was born from this dynamic and was named Constructivism.

Posters, magazines and book covers became the main propaganda tool of the new political regime. Constructivist artists declared the end of the traditional art and proclaimed the beginning of a new era. Social, political changes were happening in parallel with aesthetic changes in the art sphere up until the 1930s. The objective of the Constructivist revolution was to change the role of the artist and to make him/her a creator of the new materialistic world, a constructor of new things. Nevertheless, consumers were not prepared for the minimalistic furniture projects, household goods and clothes. No one was willing to pay for an art transformed into everyday objects. So the aesthetic revolution lived mostly on paper.

Graphic design became the only area where designers could apply their innovative ideas creating covers for books, magazines and posters. Graphic design created by constructivist artists depicted and reflected their time and aspirations. This type of art became the main vernacular of artists who dreamt to conquer the material world but succeeded to conquer it only on paper. 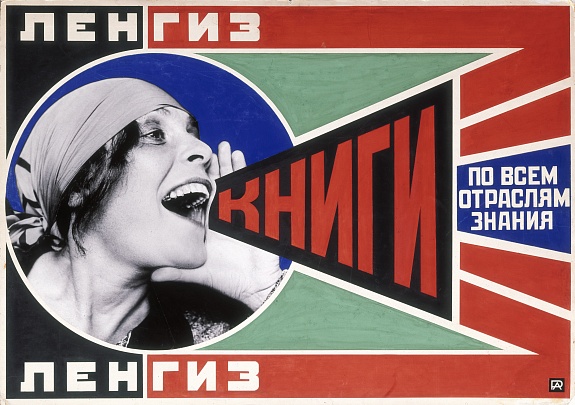