After the success of the Russian Pavilion at the London Design Biennale 2016, when it was awarded the Utopia Medal, Moscow Design Museum returns to Somerset House to present the book ‘VNIITE – DISCOVERING UTOPIA: LOST ARCHIVES OF SOVIET DESIGN’.

This book tells the previously untold story of the VNIITE – the All-Union Scientific Research Institute of Technical Aesthetics. Formed in Soviet Russia in 1962, by the design visionary Yuri Soloviev, it contained Moscow’s most progressive designers. The ‘Vniitians’, as they were called, designed for the future and developed new theories and approaches to design in the USSR.
Writing in Design magazine in 1967, Frank Height, the Royal College of Art’s Professor of Industrial Design, called the VNIITE ‘the largest single industrial design organisation in the world’.

But more than ﬁfty years later, the organisation is all but forgotten. It’s hard to fathom how such an institution, dedicated to the promotion of utopian design, in theory and in practice, and the improvement of design standards within the Soviet Union, could have faded so far from view.

There are scant references to the VNIITE in Western design histories, while in Russia the history has been largely unrecorded. Until now, that is. Thanks to the efforts of the Moscow Design Museum – and the discovery of the personal archives of some of the VNIITE designers – the story of this remarkable organisation is being pieced back together.

This book, produced under the auspices of the Moscow Design Museum, and written by the museum’s director Alexandra Sankova and Olga Druzhinina, showcases the often visionary work to emerge from the VNIITE, and tells the story of how the organisation lived through some of the most seismic changes in 20th-century Russia, before disappearing after the collapse of the USSR.

To Western eyes, conditioned over the past half century by the smooth and sometimes bland lines of consumer-centred design, the work in these pages has a futuristic quality that seems to predict the design of the 21st-century. Yet very little of this work was produced. Not only that, but after the disintegration of the USSR, the VNIITE and its library of images and prototypes were presumed lost.

Alongside images of sketches, models and prototypes, the book also includes a selection of covers of one of the USSR’s hidden gems of graphic design – the VNIITE’s monthly journal, Technical Aesthetics. Showcased together for the first time, these covers chart Soviet graphic trends from the 1960s to the early 1990s.

In the pages of this book you can see some of the more compelling examples of utopian Soviet design. As the designer Paula Scher notes, the work offers a balance between ‘the communist desire for a perfectly-designed world against the real world of human competitiveness and inequality’.


You can pre-order the book here:
https://www.uniteditions.com/products/vniite-discovering-utopia-lost-archives-of-soviet-design


Unit Editions – the publishers
Unit Editions is an independent publishing company, producing books for an international audience of designers and followers of visual culture. The company was formed in 2009 by Tony Brook, Patricia Finegan (both Spin) and Adrian Shaughnessy. High quality design and production standards are partnered with insightful texts and informative commentaries to produce books on a wide variety of subjects that are either neglected or ignored by mainstream publishers. To date Unit Editions has produced 40 books and publications. 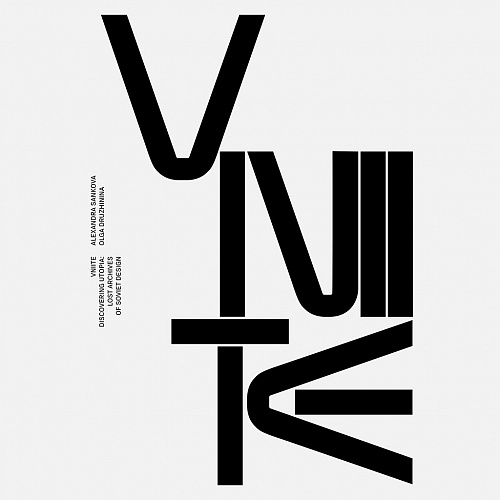